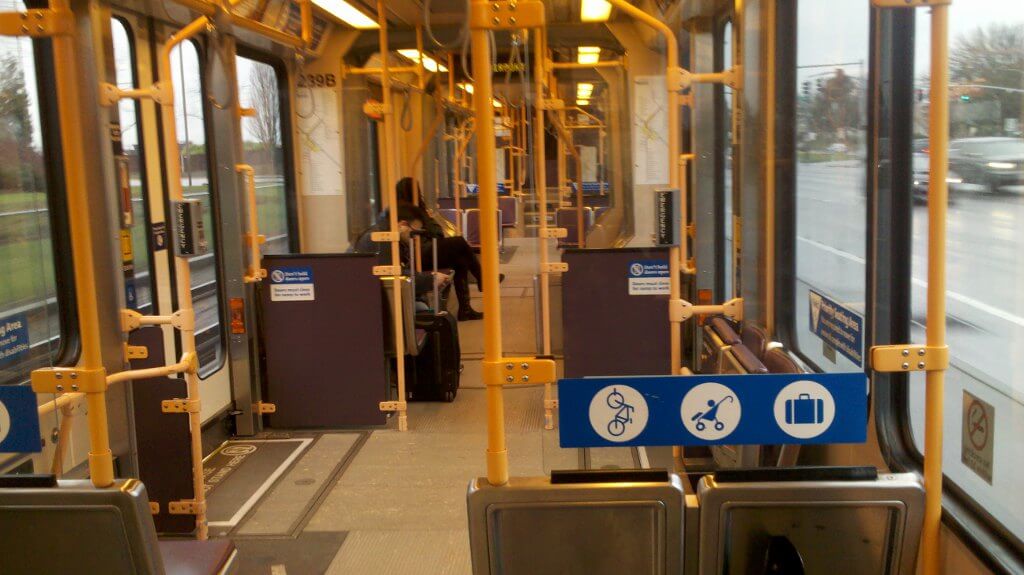 Light Rail Transit (LRT) ridership in Portland, Oregon has for whatever reason dropped this year.

TriMet has published new ridership data for the month of June 2012: [CLICK HERE].  TriMet also conducted a media release about these numbers, viewable at [CLICK HERE].  While TriMet reported that the transit system has reached a record ridership, this has not been a result of ridership increases on LRT.  Ridership on LRT decreased for the year.

Increases in region-wide bus ridership as well as a large 7.4% gain recorded on the WES commuter rail contributed to any increases.

While the MAX LRT’s overall boarding counts were reported to have increased by 2%, the numbers posted on the page and in the ridership data PDF appear to show a generally different trend in actual MAX ridership: 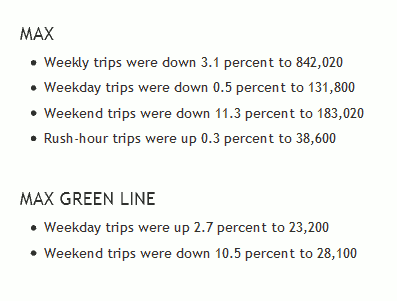 The MAX Green Line (probably given separate measurements given its status as the newest MAX line) saw weekday boarding rides rise by 2.7%, but this is the only significant increase reported in MAX ridership numbers.  Rush-hour trips system-wise rose 0.3 percent to 38,600, but this is not very significant.