In a Greater Vancouver region that will be home to nearly 4 million people by 2050, over 1.2 million of those people will live in Surrey, Delta and the Langleys.

That’s equivalent to the current population of the city of Calgary.

Our victory on the Surrey-Langley SkyTrain in 2018 was crucial in sending that message that South-of-Fraser communities deserve more than just spare change for transit. But, with TransLink’s Transport 2050 planning process considering more surface-oriented rapid transit once again, that momentum could be lost.

We cannot go back to the planning mentality that shaped Surrey’s proposal for surface light rail: a system that would have been prone to accidents, faced with speed and capacity limitations, and leave us with a permanently inferior transit backbone compared to what cities north of the Fraser River have today.

That is why we’ve created a blueprint to highlight the direction that we feel transit expansion should take in Surrey, Delta and the Langleys.

It is time that we see our fair share of SkyTrain expansion.

In addition to Fraser Highway, we have identified three additional “spine” corridors that should be seriously considered for grade-separated rail rapid transit.

They have the busiest traffic volumes, the busiest transit routes, and they’re anchored by the rapidly growing Surrey City Centre, which will soon rival downtown Vancouver as a jobs and activities centre.

These are the corridors that will eventually require the reliability, consistency, speed and frequency offered by a fully grade-separated system. There will be a need to better connect these corridors—and the areas they serve—with Surrey City Centre and with the wider Greater Vancouver region.

What if we could get on a Millennium Line train in Downtown Surrey and not have to change trains at Commercial-Broadway??

The SkyBridge between Surrey and New Westminster is currently the only high-capacity crossing of the Fraser River for transit riders. TransLink has predicted that the SkyBridge (and the current Expo Line) could reach capacity by 2050. Despite this, Transport 2050’s early network concepts do not include a second SkyBridge.

Extending the Millennium Line South-of-the-Fraser on a second SkyBridge would add badly needed redundancy for our cross-river movements. It would also mean far more seamless connections to places like SFU, Central Broadway, and UBC.

The Transport 2050 vision needs to include this. 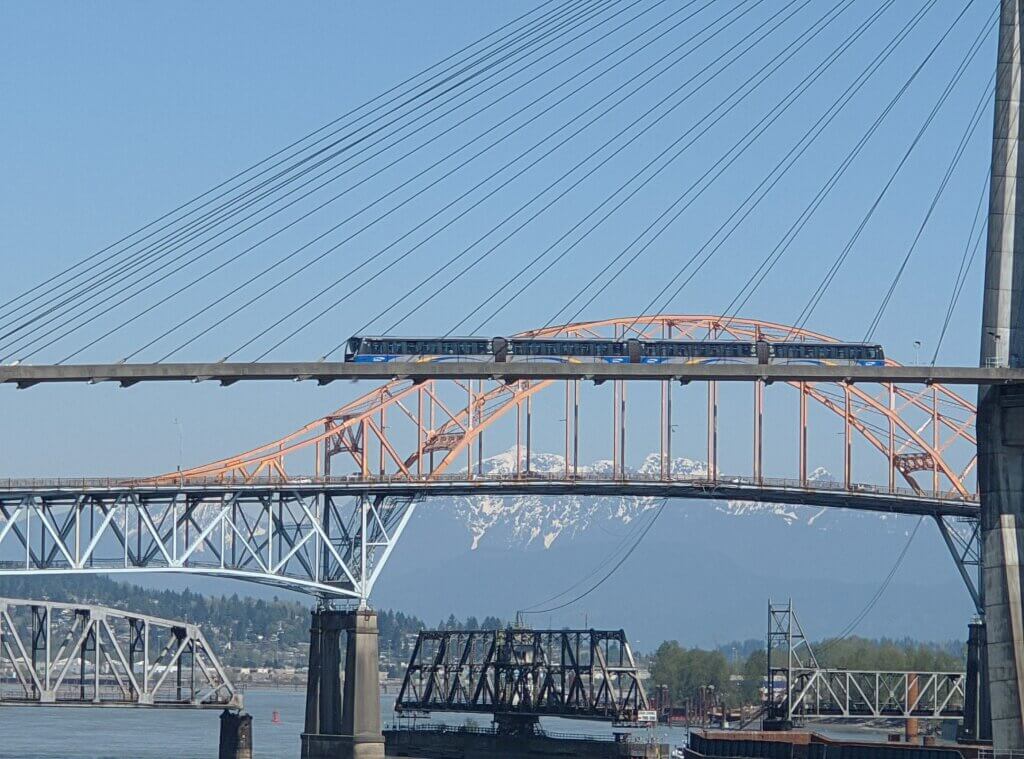 SkyTrain for Surrey is the community organization that advocated for the Surrey-Langley SkyTrain extension, and continues to push for high-quality, fully grade separated rapid transit projects in Surrey and Langley.

From our beginnings as a petition calling for the scrapping of a street-level LRT proposal, we grew into a community of like-minded folk, taking on various projects such as making SkyTrain an election issue in 2018 as a registered advocacy group. SkyTrain for Surrey continues to call for high-quality transit infrastructure projects that offer a positive return-on-investment. 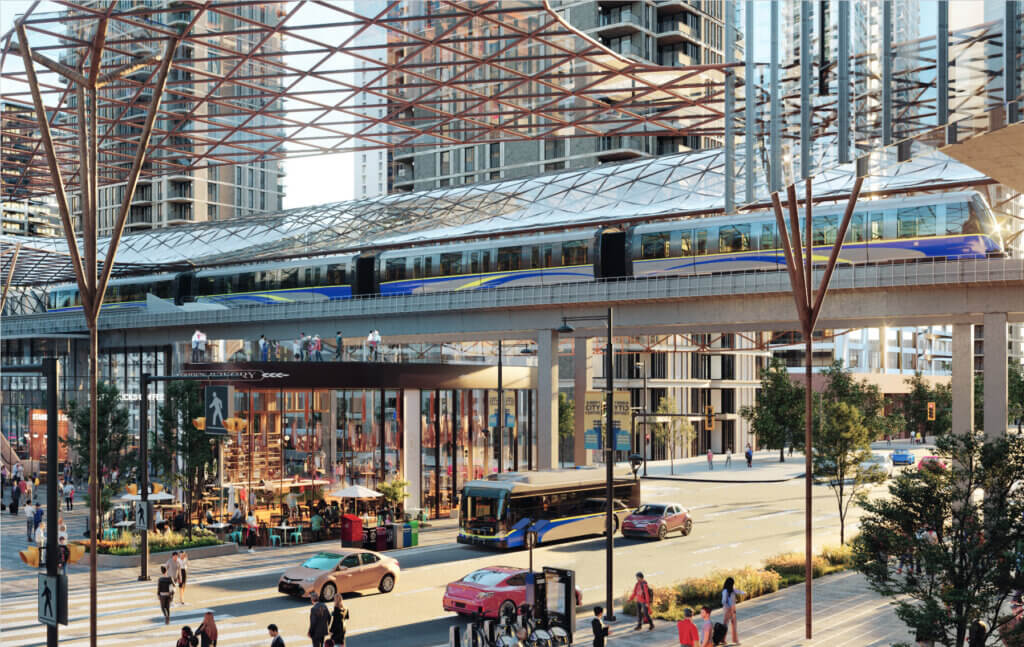 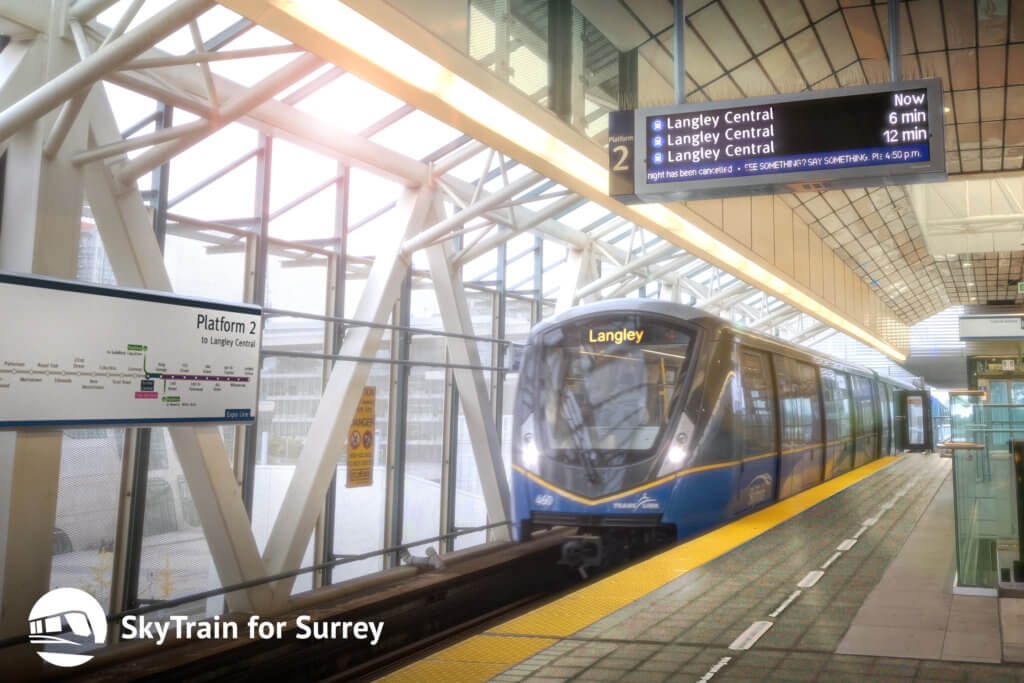 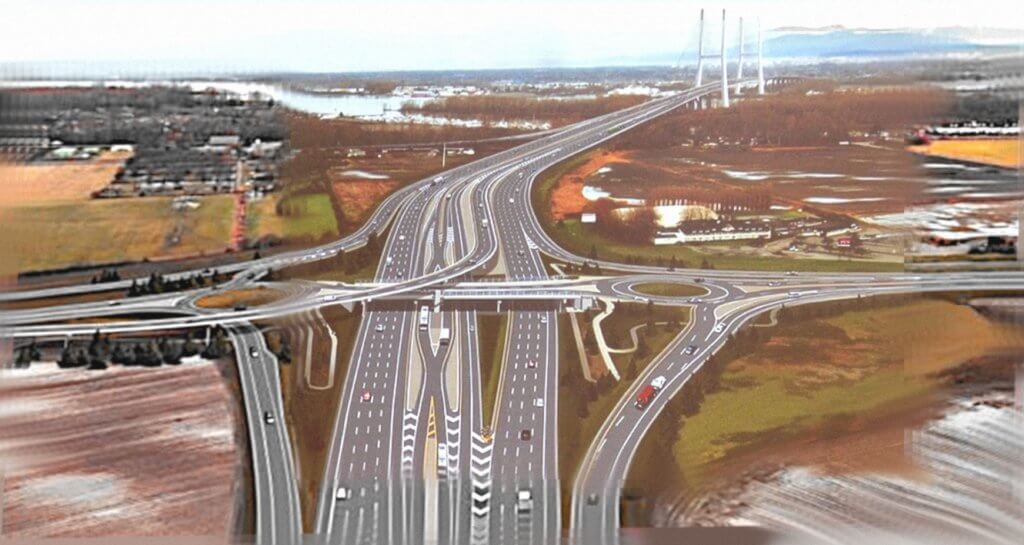