A new video released by SkyTrain for Surrey offers stakeholders and decision-makers a glimpse of what Surrey’s future will look like with Light Rail Transit.

Our aim is to bring attention to one of the major issues with building rail transit systems at ground-level and on-street: with trains at street-level mixing with traffic and pedestrians, there will be accidents. There will be frequent disruptions to service.

“We want people to realize this is the system Surrey chose – every accident, every disruption, every fatality will be a part of Surrey’s future. Supporters of Light Rail can be very quick to put focus on positives, but almost always forget about the issues and trade-offs. We hope that this video will leave a strong impression of those issues.”

The incidents we have showcased in our video happen routinely in cities that operate LRT systems. Lives are lost, property is damaged and service can be suspended for several hours: unlike buses, Light Rail trains cannot detour around accidents and track closures.

However, in some of these cities, planners have learned from past mistakes. Seattle, WA’s Sound Transit has planned almost all further expansion of its Link Light Rail network on elevated viaducts or tunnels, completely separate from streets. It’s not too late for Surrey to change its mind on Light Rail and pursue the fully grade-separated SkyTrain extension that Surrey citizens deserve. 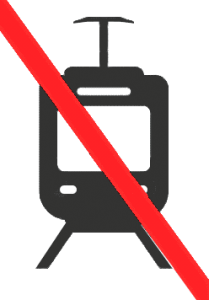