TransLink documents and former CEO comment demonstrate that the Surrey-Langley SkyTrain is in fact delayed.

Advocates and supporters of the Surrey-Langley SkyTrain are shocked and disappointed by recent comments made by Mayor Doug McCallum, TransLink CEO Kevin Quinn, and others stating that the Surrey-Langley SkyTrain’s 2028 opening date is “not delayed” and “ahead of schedule”. Despite these comments and the suggestion that there is no delay, there is a clear discrepancy between the project timelines that were released by TransLink’s SLS project team before the COVID-19 pandemic and the project timeline that is being suggested now.

Before the pandemic, it was made exceptionally clear by TransLink staff on the SLS project team that the full 16-kilometre extension to Langley City could be built and opened by the year 2025, taking the same amount of time (5½ years) as a shortened extension to either Fleetwood or Clayton, with the expectation that project approval and funding for a full project would occur by June 2020. This was noted in a comparison of three different build scenarios in the project team’s update to the Mayors’ Council in July 2019, a report that is available on the SLS project website.

This possibility had been repeated by the former CEO of TransLink, Kevin Desmond, as recently as fall 2019. The following statement he made at an Urban Development Institute event on October 8, 2019, was noted by both Daily Hive Vancouver and the Vancouver Sun in their coverage of the event:

“If we can get the full funding and do this as a continuous project, it will be less expensive than doing it as two completely separate projects over the years, and you can get to Langley in the same period of time by 2025." 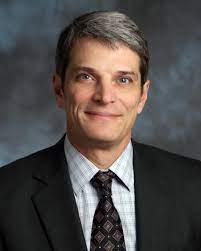 To show the extent of the delay in the SLS project, SkyTrain for Surrey has created the below visualization, utilizing the project timeline in the July 2019 progress report. Not only is the SLS project facing an overall 24-to-36-month delay, but our analysis reveals that a part of this could be due to an extension of the project timeline—from the previously expected period of 5½ years to a period that could now exceed 7 years.

This is especially disappointing because elsewhere in Canada, even larger transit projects are being built within a comparable or shorter period of time.

In Montreal, the Réseau Express Metropolitain (REM) rapid transit project broke ground in April 2018 and is now expected to be fully open by the end of 2024, a period of 6½ years to build 63 kilometres of SkyTrain-style driverless rapid transit in a mostly elevated alignment. Furthermore, the first phase of this project—spanning 15 kilometres—has entered the train testing phase and is expected to be open by fall 2022. This is a period of 4½ years, which includes a six month delay due to the pandemic, to build a length of rail rapid transit that is comparable to the full SLS.

Having seen the rapid progress Montreal has made in building a similar driverless elevated rail project from scratch, we believe there is strong potential to have a faster timeline to build the Surrey-Langley SkyTrain and urge all involved parties to examine this immediately.

SkyTrain for Surrey is the community organization that advocated for the Surrey-Langley SkyTrain extension. From our beginnings as a petition calling for the scrapping of a street-level LRT proposal, we grew into a community of like-minded folk, taking on various projects such as making SkyTrain an election issue in 2018 as a registered advocacy group. SkyTrain for Surrey continues to call for high-quality transit infrastructure projects serving Surrey, Delta and the Langleys.