It's time to build SkyTrain on King George Boulevard.

TransLink’s just-released Transport 2050 draft strategy acknowledges that SkyTrain on King George Boulevard to Newton and Semiahmoo Town Centres is being considered, but whether or not it will be fully grade separated is to be “determined through further studies”.

We believe that no further study is required to assess the need for grade-separated rapid transit (SkyTrain) on King George Boulevard.

Newton Town Centre and Semiahmoo Town Centre (South Surrey) are two large town centres in Surrey that are not yet served by any SkyTrain line. A single line on King George Boulevard would serve both of these thriving town centres, and we believe the need for a SkyTrain line here is clear: these areas will be among the fastest-growing in the region, with hundreds of thousands of people who live here needing high-quality connections to get to school and work. With Surrey under-served by rapid transit, it’s time to start the work to build the King George SkyTrain Expansion (KGS).

"SkyTrain expansion South-of-the-Fraser should eventually reach all of our major town centres, providing us with a fast and reliable rapid transit network that's built on the successes of the existing SkyTrain system." 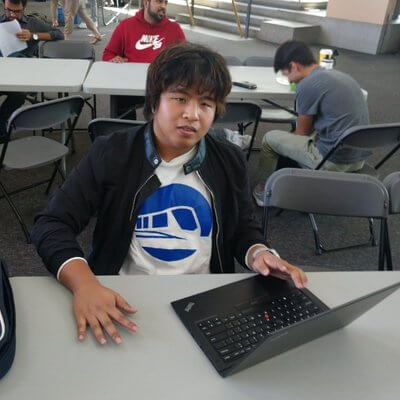 While we are excited to see that TransLink has taken the first step in bringing a SkyTrain expansion to King George Boulevard, we are also disappointed that this is the only corridor being actively considered for full grade separation. The design of surface-level rapid transit on corridors such as 104 Avenue (to Guildford Town Centre) and Scott Road must not prevent a future upgrade so that these corridors can also be eventually served by SkyTrain.

For the last decade we have fought back against plans to build surface light rail (LRT) in our cities because we believe that Surrey’s core rapid transit network should offer the benefits that existing SkyTrain users in Vancouver, Burnaby, Richmond and Coquitlam have seen as a result of the network’s full grade-separation. This means that trains can travel at higher speeds (80km/h and greater), do not cross roads and paths at street level, are not affected by accidents and track blockages, can operate more frequently, and can have much higher capacity.

SkyTrain for Surrey is the community organization that advocated for the Surrey-Langley SkyTrain extension (SLS). From our beginnings as a petition calling for the scrapping of a street-level LRT proposal, we grew into a community of like-minded folk, taking on various projects such as making SkyTrain an election issue in 2018 as a registered advocacy group. Today we are pushing for the construction of the SLS as well as the King George SkyTrain extension (KGS).