We are deeply disappointed to learn that consideration of further SkyTrain expansion South of the Fraser has been largely excluded so far from the Transport 2050 plan, despite well-demonstrated support throughout our region for SkyTrain expansion instead of street-level light rail.¹

In response to these indications on how future rapid transit expansion South of Fraser is being planned, SkyTrain for Surrey is issuing a call for significant expansion of the SkyTrain system South of the Fraser, delivering more parity with proposed expansion North of the Fraser: 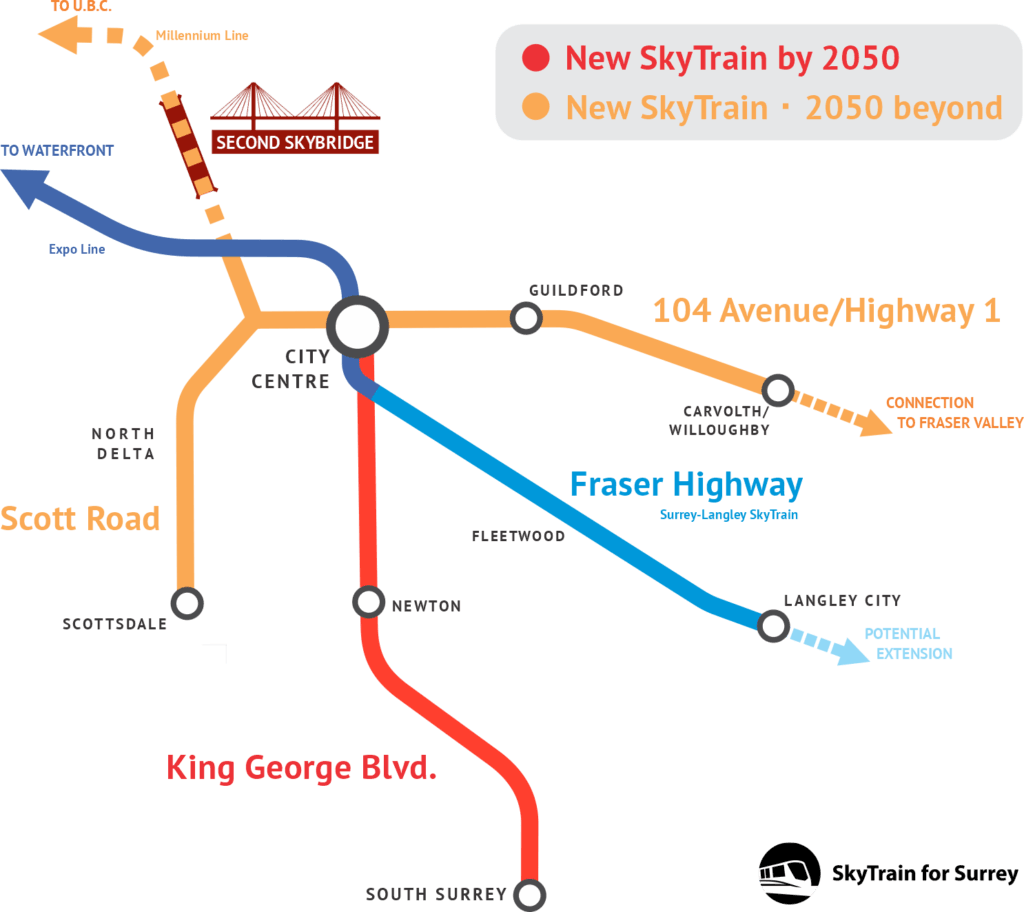 These are the corridors that will eventually require the reliability, consistency, speed and frequency offered by a fully grade-separated system. There will be a need to better connect these corridors—and areas they serve—to Surrey City Centre and the wider Greater Vancouver region.

South-of-Fraser residents should not be accepting anything less.

1. Previous polls show high support for SkyTrain expansion throughout the region. In fact, in the same survey, there was comparatively little support for street-level LRT, with only 2% of respondents making suggestions for LRT-based expansion.