More than 225,000 people will be within reach of the new SkyTrain extension on Fraser Highway, including 144,000 people in Fleetwood, Cloverdale and Clayton; 26,000 people in Langley City; and more than 55,000 people in the surrounding Langley Township communities of Willoughby, Murrayville and Brookswood.

Light rail transit would have been an expensive mistake

With the cancellation of street-level light rail on King George Blvd and 104 Avenue, Surrey will no longer be making the most expensive mistake in the region’s history.

The business case for the SNG LRT anticipated that the $1.65 billion line would offer a benefit-cost ratio of 0.7, based on a net present value of -$316 million.  LRT would have delivered little improvements to travel times, and transit use in Surrey would have only increased by less than 1%.

As a result of the SNG LRT cancellation, TransLink will be avoiding a project that would have posed little to no benefit to other cities in the Lower Mainland. The cancellation of LRT, approved unanimously by Surrey City Council, is not only a victory for Surrey but it is a victory for the rest of the region.

What about 104 Avenue and King George Blvd?

Although future SkyTrain will service Fraser Highway, TransLink can still deliver significant improvements to transit service on the King George Blvd and 104 Ave corridors for a fraction of the cost.

We have frequently suggested that TransLink pursue enhancements to the existing 96 B-Line and consider Bus Rapid Transit (BRT)—both of which would deliver travel time improvements, ride quality, and economic benefits comparable to LRT, but for a fraction of the cost.

As Surrey becomes the region’s largest city, TransLink and the City will eventually need to look into a permanent, rail-based solution to serve this corridor in the long-term.

As such, SkyTrain for Surrey will advocate for necessary right-of-way protections that will permit SkyTrain expansion down King George Blvd, 104 Avenue, and other key city corridors in the future.

(Click or tap the below image to view full-size!) 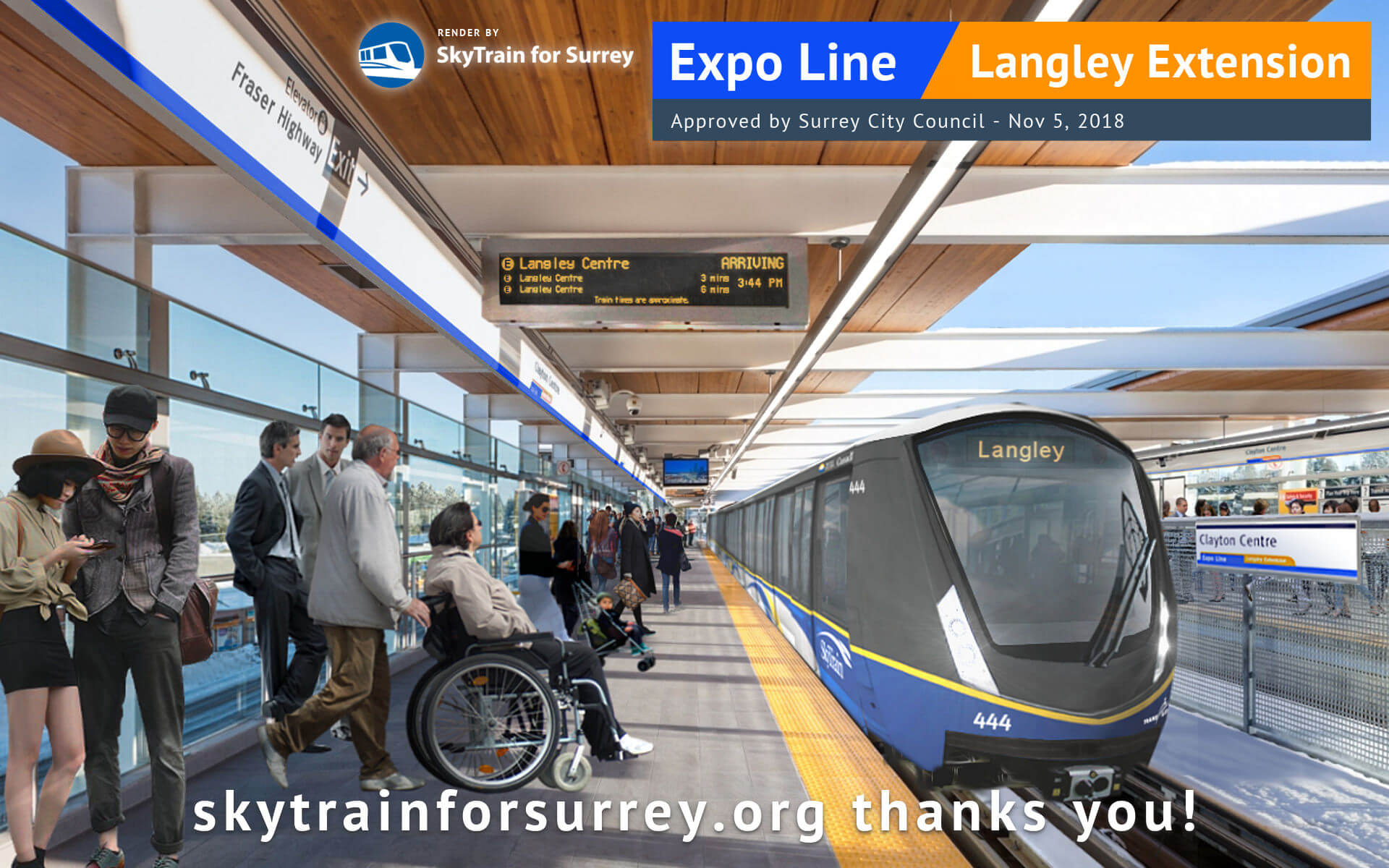